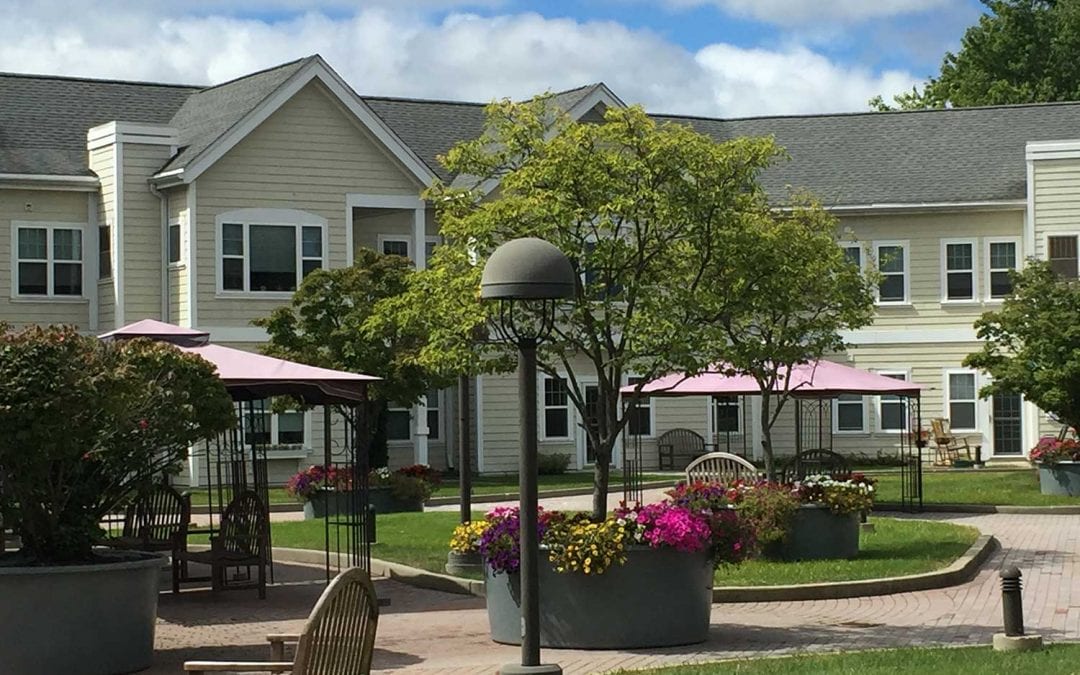 When Jack and Barbara W. decided that home ownership and their multi-bedroom two-story house no longer met their needs, they began their search for an alternative living arrangement.

That’s when the two decided that a Continuing Care Retirement Community would be the best option for them. They wanted the security and peace of mind of living in a community setting where services and amenities were immediately available to them for any current or future needs.

Location played a key role as well. “We wanted to stay in a certain area to be close to friends and our synagogue. Among other places, we found The Knolls, which appealed to me because of its physical appearance. We continued to look at other places, but we came back a few times. The beautiful surroundings are what drew me.”

The two chose a two-bedroom apartment home so that their daughter could have a comfortable room when she came to visit from Rhode Island. The final deciding factor on their choice was the two-bedroom apartment’s porch. Jack and Barbara also wanted an outdoor living space, and the porch fulfilled that desire.

Five years later, the Weisses are truly settled into their apartment home and enjoying their surroundings, a community of support and a fulfilling retirement, due also, in part, to their active social life.

When they moved into the community, residents and staff at The Knolls warmly welcomed the Weisses.

“We were greeted immediately by everyone, who wanted to be friends and make us feel comfortable,” says Barbara. “We’ve made friends here who I would have chosen as friends wherever I was.”

Jack and Barbara each formed their own friendships and followed their own interests, while always having the support of one another.

“Jack and I could be together 24/7,” said Barbara, “but we agreed it wouldn’t be the best idea. We have different interests, and little by little, we experimented with going to separate activities and making different friends.”

Jack frequently participates in regular play readings and helped to start a men’s club. The club is currently working to engage a sign language interpreter so that one of the residents, who is unable to hear, may interact with the group as well.

Barbara is involved with the community newspaper as an editor, and often joins in on the regular book club meetings.

From one couple to another

Barbara’s advice to other couples is to make the move to a CCRC like The Knolls now. “Do it while you’re together. It’s a bit of an easier adjustment because you have each other and can reach out to others.”

She agrees that the time they’ve lived at The Knolls have been more engaging than time spent in their house, and says, “I’ve always compared the difference between staying in your own house and living in a community. You’re separated and there’re more opportunities to be alone, but this kind of living offers so many opportunities to interact with others. And, I can do that without leaving the building.”

For more information on what it’s like to live at The Knolls, give us a call today at 914-468-4728, or visit us online to request your personal appointment and tour.