Getting Personal With The Knolls’ Fitness Instructor Sara Morales-Martinez 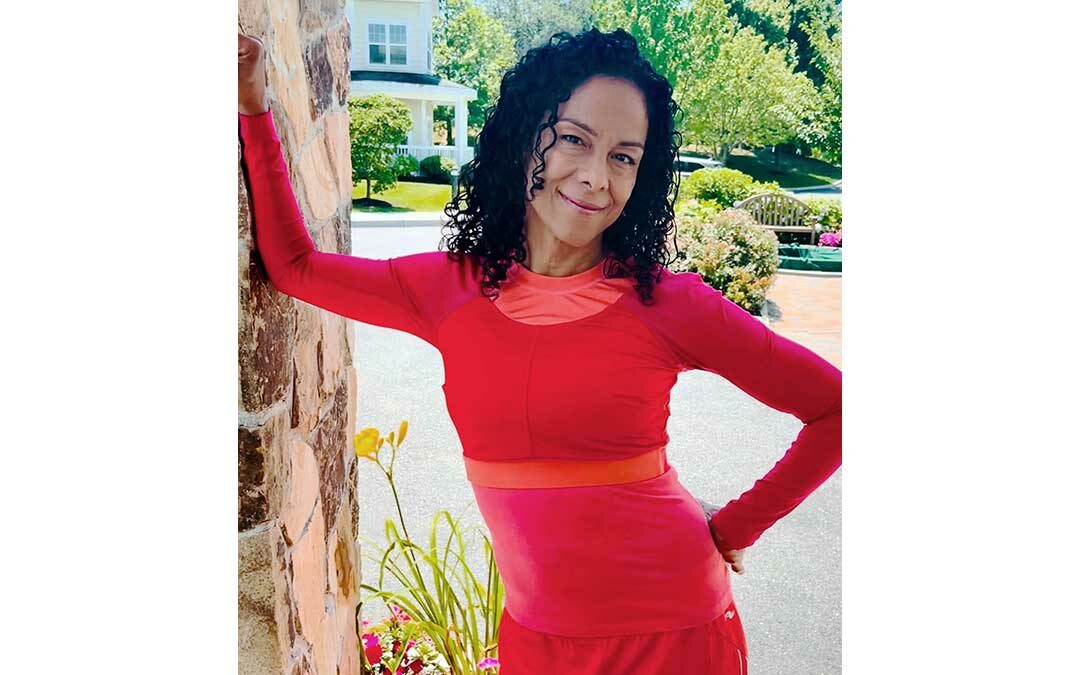 When you think of the words “personal trainer,” pictures of Jane Fonda, Richard Simmons and other famous workout gurus often come to mind. We think about these high-energy people leading group workouts on television, video or, depending on your preferred technology, DVD and Blu-ray. No surprise then that the one constant between an ‘80s and ‘90s workout versus a 2022 session with a fitness professional is the high energy output of the trainer. And when your fitness trainer is The Knolls’ own Sara Morales-Martinez, the energy output is enough to light the lights of Broadway.

Although she’s only been with The Knolls for a short period of time, Sara has more than 25 years of experience as personal trainer and group fitness instructor. She worked under renowned fitness and training expert Rich Barretta, who Sara describes as “a really amazing guy. He trained the Baldwin brothers and Ricki Lake. Working under him was fantastic because he’s a great instructor, one of the best I’ve ever seen. If you asked a question, he could answer it five different ways, so that five different brains could understand it.”

The story of what led Sara to become a fitness professional is also telling. “When I was seven,” she explains, “my father got into T’ai chi ch’üan. I went to Chinatown and watched him study with a master from China. I think that was a huge influence on me. My father would do T’ai chi anywhere and everywhere. We’d be in the middle of the subway, and he’d say, ‘I feel like doing T’ai chi.’ I’d say, ‘People are looking, Papi, but I’ll be fine.’ So, I learned not to be shy about doing something worthwhile, because my father was not shy.”

In her first three months with The Knolls, Sara has managed to use her lack of shyness to make quite an impression on the residents, including changing the lives of a few of them in ways they could only have imagined. “A lot of seniors have trouble lifting their arms over their heads due to weak shoulder muscles,” she says. “I was able to help one woman, Sophie, lift hers. She hasn’t been able to reach over her head in 30 years or so and I helped her do it. I saw her today and she lifted her arm over her head and said, ‘look at me!’ She was so happy she was crying. And it was just because I was able to get her moving.”

With Barretta as her inspiration, Sara immersed herself in every aspect of fitness training she could, including expanding her training into group settings with Pilates, yoga, Zumba and aqua aerobics. All of this, combined with a background in ballet and modern dance, as well as dancing on roller skates (and the injuries sustained as part of that) helped give her an understanding of how the human body works, its limitations and how to help people keep their bodies in shape well into their 80s and beyond. And then there’s her background in Hawaiian dance.

“Movement just comes, naturally to me,” Sara says, demonstrating a few quick moves. “I started Hawaiian dancing when I was 21.” Sara looks thoughtful for a moment but breaks out in laughter. “I love being creative with the residents, so I added Hawaiian dance to my aqua aerobics class today. I did the hula with them. But instead of just moving their arms from side to side, I gave them something to think about — the mountains, making a flower — something fun and sweet.”

Sara’s energy is palpable as she demonstrates the hula movements she did with the class. Her enthusiasm for both her work and the residents she works with is infectious. Sara’s class sizes vary, with attendance running anywhere from 12-20 people.

There’s another tool Sara uses, which she believes is a very important facet of her work with the residents — music. “It’s important to play songs that are upbeat and happy —nothing negative. I know they like music from the ‘50s, ‘60s and ‘70s, so I try to play songs from those periods. Sometimes something soulful is good. Or songs like “Que Sera Sera” and “That’s Amore.” Those are really nice for stretching. I’ll also play a little Elton John because I love him. But the music must work for the spirit and the heart. That’s very important.”

But where Sara feels she truly gets to make a difference is with her one-on-one personal training sessions. “I have one resident who’s 102,” she says. “He’s great but can be quite demanding which, I guess, is how he managed to reach 102. I have him standing and doing different moves. He says, ‘I hate doing these things, but I have to do them.’ And that’s why he’s doing as well as he is.”

Without getting technical, Sara looks at each resident from an individual and holistic perspective, choosing the stretches and exercises she believes will best suit each client and will be within their capabilities. “Balance is huge,” she says. “We’re all afraid of falling. My goal is to help them with balance training, building a stronger core and stretching their muscles — especially their spines — for flexibility, so they have more control.”

Sara estimates she conducts personal training sessions with about 20 residents on a weekly basis. But what is it that helps keep her motivated and so incredibly energized? For Sara, the answer to that one is easy. “It’s the people. I just love the people here. They’re what inspires me.”